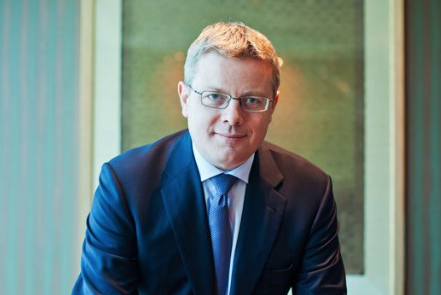 Deutsche Bank AG is pushing ahead with plans to become one of the world’s top five wealth managers as the business outlook for European banks worsens because of the Brexit vote and Italy’s banking crisis.

Market volatility after the U.K.’s vote to leave the European Union underscores the need for Germany’s largest bank to bolster its presence outside the region and expand fee income from looking after rich people’s money, Fabrizio Campelli, the lender’s global wealth management head, said.

Shares of Deutsche Bank have lost almost half their value this year and touched a record low last week as investors lose faith that the company can lift returns. Wealth management is becoming a bigger priority for the Frankfurt-based bank and rivals such as UBS Group AG as Brexit-linked economic uncertainty and market gyrations dim already-bleak prospects for trading and investment banking.

Campelli said senior executives at the bank remain committed to the plan to expand in wealth management, and he hasn’t had any requests to scale it back since the recent upsets in financial markets. However, he said he remains alert to market conditions. “We will not put our head down and march into the future without staying very well aware of what’s happening around us,” he said in the July 7 interview.  PHOTO: Fabrizio Campelli, Sam Kang Li/Bloomberg  READ MORE: http://www.bloomberg.com/news/articles/2016-07-10/europe-turmoil-shows-why-deutsche-bank-must-chase-wealth-abroad