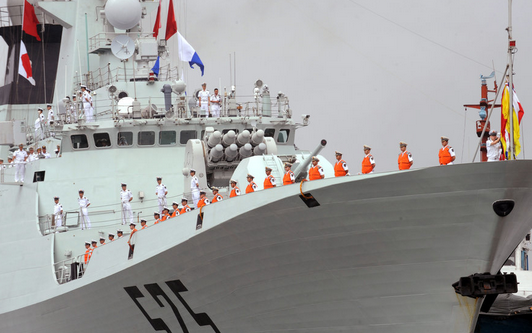 China is to revise its 1984 Maritime Traffic Safety Law, which would allow the relevant authorities to bar some foreign ships from passing through Chinese territorial waters, state media said.

The announcment is a test of US resolve in the South China Sea amid reports that the American state department is in considerable disarray, a mirror of the Trump White House.

The draft would empower maritime authorities to prevent foreign ships from entering Chinese waters if it is decided that the ships “may harm traffic safety and order.”

The draft revisions stipulate that authorities will be able to designate specific areas and temporarily bar foreign ships from passing through those areas according to their own assessment of maritime traffic safety.

The revisions are based on the UN Convention on the Law of the Sea and Chinese laws on the sea, adjacent areas and exclusive economic zones, the office said.

Wang Xiaopeng, a maritime border expert at the Chinese Academy of Social Sciences, told the Global Times on Wednesday that the revisions will provide legal support for China to safeguard its maritime rights.  READ MORE: http://www.globalsecurity.org/military/library/news/2017/02/mil-170216-pdo02.htm?_m=3n%2e002a%2e1942%2eip0ao0b9n8%2e1sag