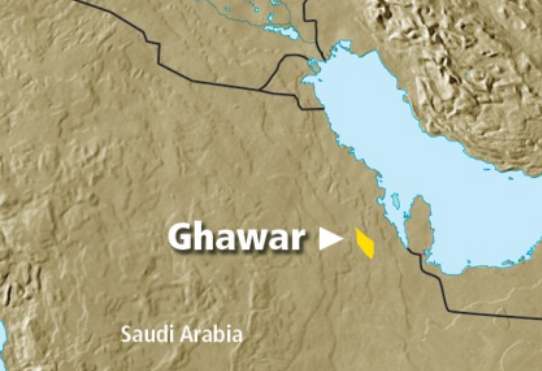 The kingdom may have to settle for less. A lot less. Industry executives, analysts and investors told Bloomberg their analysis – based on oil reserves and cash flow projections under different tax scenarios — suggests Aramco is worth no more than half, and maybe as little as a fifth, of that amount. This means Saudi Arabia would earn a fraction of the $100 billion implied by its valuation if it sells 5 percent to the public in 2018, as planned.

For example, Wood Mackenzie Ltd. came up with a rough valuation of Aramco’s core business of $400 billion, according to clients who attended a private meeting at the oil consultant’s City of London office this month and asked not to be named. The Edinburgh-based company, popular for its analysis and valuation of energy companies and assets, declined to comment.  PHOTO: Gherwar is by far the largest conventional oil field in the world  READ MORE: https://www.bloomberg.com/news/articles/2017-02-23/saudi-arabia-2-trillion-aramco-vision-runs-into-market-reality