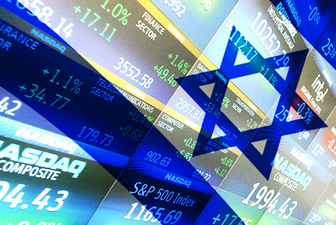 Two former UBS Group bankers are exporting their Swiss private-banking advisory business to Israel as a boom in the country’s technology industry prompts a rise in the number of millionaires and money managers.

Zurich-based Zwei Wealth Experts AG, founded by Patrick Müller and Klaus Wellershoff, opened their first overseas office in Tel Aviv this month. The company is seeking to tap a new breed of millionaires with its offering – pairing clients with asset managers by assessing their risk appetite and the bank’s investment expertise and performance, Chief Executive Officer Müller said in an interview.

“In many ways, Israel is a very representative market to test our approach,” he said in an interview from Tel Aviv. “There is wealth and a curiosity for new solutions.” The company has placed $30 million of assets in its first week of operation, said Müller, who led UBS’s operations in Israel and Africa until 2012 before heading up the bank’s European sales team.  IMAGE: University of Pennsylvania  READ MORE: https://www.bloomberg.com/news/articles/2017-02-27/ex-ubs-bankers-target-israeli-millionaires-with-wealth-broker