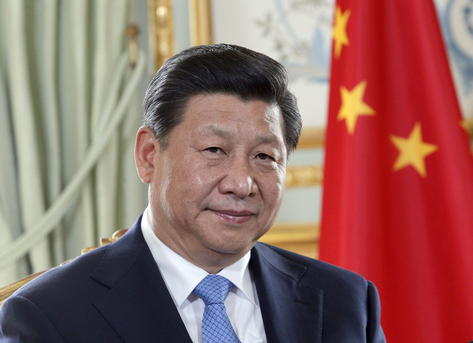 In the coming weeks, two major events will again focus the international spotlight on China as it projects its power on the world stage. Next week, President Xi Jinping (習近平) is expected to hold an informal summit with US President Donald Trump in Florida, the first time the two world leaders will meet face-to-face, according to an opinion piece in the South China Morning Post.

In mid-May, Xi will host an international conference on China’s “One Belt, One Road” initiative in Beijing, which is expected to draw more than 1,200 government and business leaders including about 20 heads of states or governments.

Images of Xi meeting Trump over hot issues such as North Korea’s nuclear proliferation or Xi addressing world leaders over a signature initiative of China’s blueprint for globalisation will most likely prompt more discussions about the rise of China’s clout, and of its intention to assume the mantle of global leadership.  PHOTO: Xi Jinping (Reporters Without Borders)  READ MORE: http://www.scmp.com/week-asia/opinion/article/2083450/opinion-forget-hype-about-leading-world-china-has-get-its-own