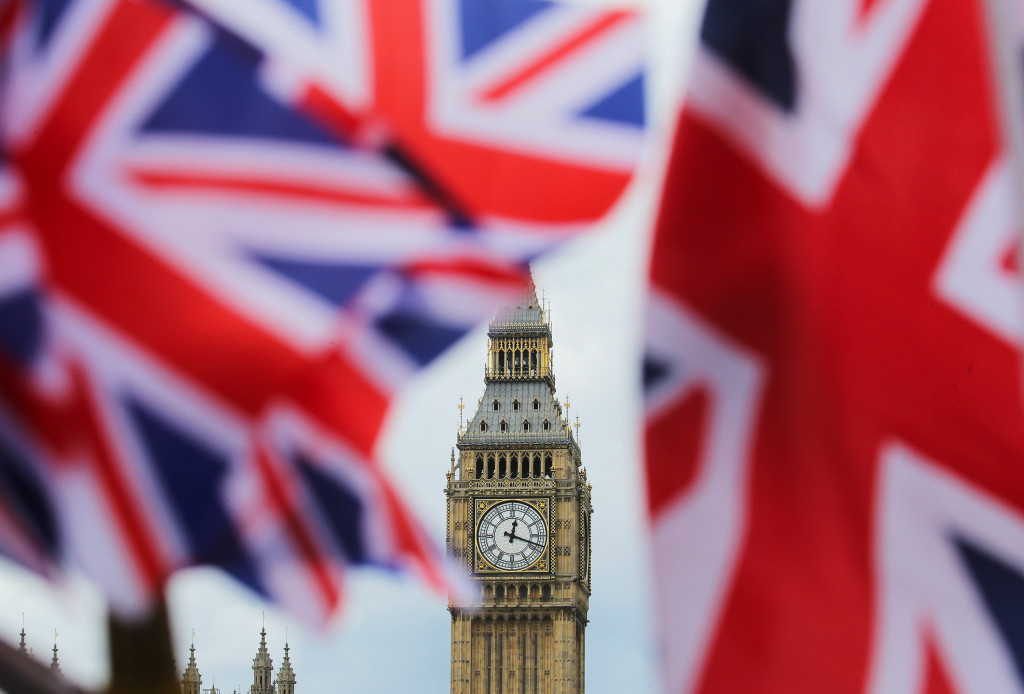 You are cordially invited to join a unique business networking event in which audience participation, sharing insights and ideas is actively encouraged by a panel of experts.

This intimate and exclusive forum for a maximum of forty(40) senior professionals will take place on Thursday 6 July from 7-10.30 pm at London’s prestigious Caledonian Club.

It will include a pre dinner drinks reception,two course dinner with wine and a cash bar . Followed by a post dinner “wee dram”.

The Wealth Forums events have been consistently rated by peers , participants and delegates as exceptional value for money , providing high calibre speakers and the opportunity for stimulating , thought provoking enrichment and real business. 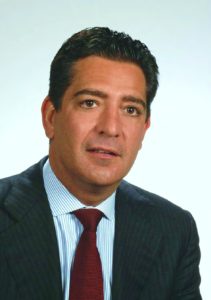 GianPaolo Potsios, a seasoned professional with more than 30 years’ experience in the financial arena, is operating in the investment management industry, specializing in private equity and alternative assets. He is the Managing Partner of Timberland Investments Resources Europe LLP, a privately owned investment management partnership based in London, with partners in the United States, focused on the acquisition, management and sale of forestry and related assets worldwide. He is also the founder of Global Growth Advisors Ltd, a consulting firm focusing on Financial Institutions, Investment Management and Private Equity firms operating in the Emerging Markets.

Mr. Potsios spent most of his professional career with Citigroup. His latest responsibilities have included serving as Managing Director of the Financial Infrastructure Team across Europe, Middle East and Africa, and head of the Japanese and Korean coverage desks at Citibank London. GianPaolo relocated to London from Warsaw, where he worked as Corporate Bank Head, Member of the Board and Director of Citibank (Poland) S.A. with broad responsibilities for the whole Central European region. Prior to that, he held a variety of positions with different degrees of responsibility in various Citibank offices in New York, Atlanta, London, Geneva, Milan, and Rome.

He is also currently working as a Senior Consultant for the World Bank and serving as a Non-Executive Director on the board of a consulting firm focusing on alternative energy projects in the Emerging Markets.

A native of Rome, Italy, Mr. Potsios speaks fluent English and French beside his native Italian. 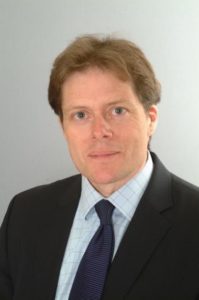 His capital markets, investment and legal expertise and global awareness of major policy implications give him a unique insight into adopting the right strategic response to ever-increasing geo-political change and his understanding of cross jurisdictional issues is unparalleled. He has published widely in journals and regular exclusive briefings on the impact of global policy change on investments and speaks regularly on major conferences in Europe and the Middle East. He is involved with several round table and advisory boards in the industry and regarded as a leading advocate for a greater understanding of the global impact of major enforcement and fiscal policy in strategic investment terms.

His clients benefit from his impressive track record in calling major macro outcomes from an investment and policy perspective. He has a prominent reputation for forward thinking – highlights include a major keynote speech in 2013 when he warned of the real likelihood of Brexit, and calling the 2016 Brexit outcome correctly. He also advised clients correctly of the outcomes of the UK 2015 election, and 2016 US presidential election and Renzi referendum. His coverage in September 2015 and subsequent advisory on the real-time implications of the Iran Nuclear Deal in global commercial terms was widely acclaimed amongst Washington think tank experts and well-received by senior policy-makers, business leaders, and HNWI around the world. Most recently he has been involved in advising on Brexit, the Italian debt crisis and leading IFCs on a more coherent approach to attracting FDI where heightened transparency is commonplace adopting his distinctive, commercially-driven approach.

Iain is fluent in five European languages and holds an LLM in International Finance and Banking law (Distinction), graduating First in Class (LLM Student of the Year). He lectures on International Financial Services, AML/CTF, Banking and EU Law for the University of Liverpool to LLM Masters students – mostly senior global practitioners and policy-makers – in his capacity as Honorary Lecturer at the Law Faculty. 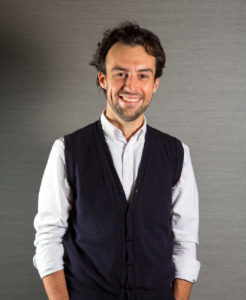 By the time he turned 18, Alessandro had changed 8 different schools and 4 countries, growing up climbing palm trees in Hawaii and digging for worms in Dublin. Law school and a corporate training in the City, coupled with days-off spent working as a kitchen porter, brought in some system to a disruptive predisposition.

He co-founded Wilbe, a shared work space for innovative companies, while training to become a solicitor and left practice in 2014 to evolve Wilbe into a full-fledge advisory firm, supporting 42 talented founders since. In 2016 he started accepting equitable consideration for his support from some promising tech ventures and he founded Wilbe Ventures LLP to manage and grow this portfolio of companies focusing on ventures looking to solve systemic problems through the use of deep tech stacks including artificial intelligence, blockchain, virtual reality and clean-tech.

Alessandro serves as Managing Partner at Wilbe Ventures, based in London and is regularly on the road to visit his four Partners located in Hong Kong, Singapore, Dubai and New York. He wonders if Honolulu may be next. 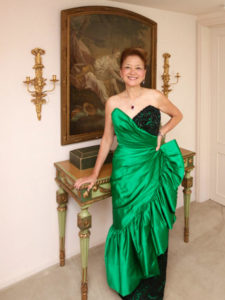 Olivia Decker— Specialist in the World of Luxury Homes

Olivia has been marketing luxury properties since 1979. She was #1 agent in United States when she worked at Merrill Lynch Realty in the 1980s among the 16,500 agents nationwide. She completed an international real estate study at Oxford in 1990, founded Decker Bullock Realty with Bill Bullock in 1991 and acquired Sotheby’s franchise in 2006. Her company currently has 18 offices serving San Francisco Bay Area from Silicon Valley, to San Francisco, to Marin County and Napa Valley as well as East Bay with sales over $5.5 billion in 2015-2016 combined. It is the leading real estate firm in San Francisco Bay Area and Northern California.

Olivia handled over $3 billion properties in her career. She consistently set the highest home sales price records from $20 million to $50 million. She sold the 15 room Villa Tre Ville hotel in Positano, Italy for $49 million in 2013 which sets the world record of $3.2 million per hotel room. Personally, she owned Chateau Villette and Chateau Grimaldi in France which she sold in 2011-2012 before the French tax law changed. Currently she owns three homes in Belvedere on San Francisco Bay and a luxury condo in London which she purchased from Russian billionaire Roman Abramovich.

Olivia has unique sales ability and connection to affluent clientele. She combines the Sotheby’s International Realty’s global exposures and vast network with her local, national and international connections she developed over 38 years. She consistently matching the extraordinary homes with extraordinary buyers since 1979.

She was featured in over 50 publications including The Wall Street Journal, New York Times, International Herald Tribune, Sunday Times (London), San Francisco Chronicle, Bloomberg News, Robb Report, San Francisco Business Times and many others. In a Wall Street Journal profile of Miss Decker, it says “If you have a very expensive home to sell, her name comes to mind before anyone else’s.” The San Francisco Chronicle described her as: “Perhaps the nation’s best known residential real estate broker”.

Olivia is a resident of San Francisco Bay Area since 1975, a member of San Francisco Opera Guild Board since 1994, a member of Corinthian Yacht Club since 1980 and a member of Governor Jerry Brown’s Advisory Board for the Office of California-China Trade and Investment 2015-2016. She is also speaker in over dozen luxury real estate and investment conferences including Monaco Wealth Forum, China International Luxury Property Show, Dubai International Luxury Property Show, Inman Connect San Francisco, New York and Beverly Hills and Luxury Real Estate International Symposium in Venice, Munich and Barcelona 2015, 2016 and 2017.

In her spare time, she is the Ambassador for luxury lifestyle magazine Haute Living, she attends and writes about luxury events and charity galas in her Ambassador column and Blog every issue since 2009. www.HauteLiving.com 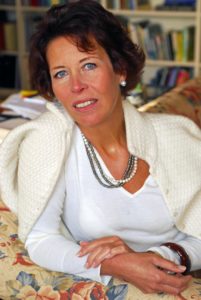 Caroline Garnham, one of the leading professionals in this industry, has always been passionate about private client matters and caring for those she works with. She set up Garnham Family Office Services in 2015 to be able to advise independently. By nature, Caroline is solution driven and has never been one to shy away from the challenges client structures are faced with.

Caroline is a Fellow of the Chartered Institute of Taxation and was head of the Private Client Department at Simmons &amp; Simmons where she worked for 25 years. She was a contributor for the Financial Times for 12 years on tax and trusts and has distilled her knowledge in her book ‘When you are Super Rich who can you Trust?’. She is regarded as a thought leader in the industry and is regularly invited to share her opinions on trusts, offshore planning, succession and family governance. Garnham proposed legislation which became law in 2011 in the Bahamas known as the Executive Entity Act.

Garnham FOS focuses on privacy planning, asset protection, UK Professional Trustee services and family governance structures. We advise some of the wealthiest families in the world which means we are used to offering only the highest quality of services. 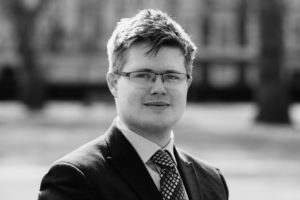 Daniel Howarth is the Co-Head of Enness International. With a wealth of experience in the high net worth international mortgage market, Daniel prides himself on his comprehensive technical understanding of international credit. His specialty is his ability to break down clients’ complex financial profiles.

Before joining Enness, Daniel spent three years at an international mortgage brokerage, organising high net worth loans for non-domiciliaries in France, Spain, Portugal and Italy. Daniel is an accomplished linguist, fluent in both French and Spanish. 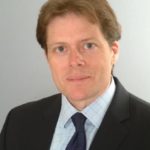 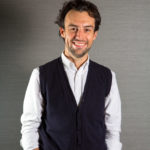 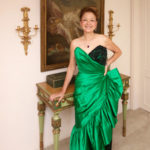 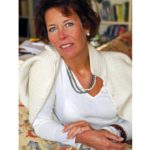 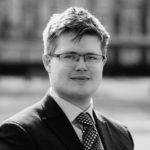